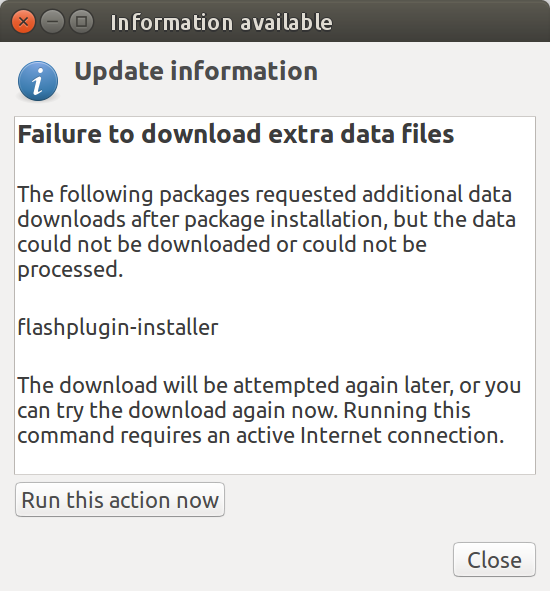 Credit to gunnar-hjalmarsson for this answer.

Adobe once began life making fonts for Microsoft Windows. Later it became the premiere program for playing videos over the internet and live TV broadcasts (which I use it for). However now HTML5 is commonly used for playing videos in Google's YouTube and FlashPlayer is becoming marginalized.

Within Google Chrome web browser PepperFlash support is built in so a separate flash plugin is no longer required for watching flash content. However on my system (perhaps because I deleted Google Chrome Beta) the error in the original question occurred.

showed up because Canonical partners was not enabled. I don't remember turning it off but the solution is to turn it on.

To enable partners in Canonical select System Settings then Software & Updates and then Other Partners. This screen appears: 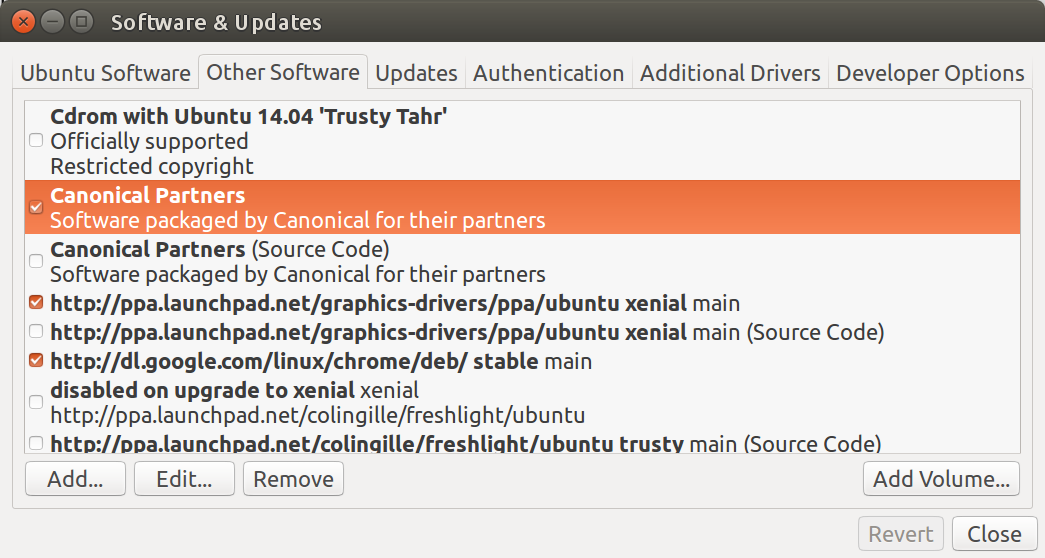 Check the box to allow partners.

The final solution is:

Thanks again to Gunnar for his comments to solve the pesky pop-up message.

Although flashplugin-installer is in the title and body, the partner errors could apply to many situations and I welcome recommendations to change the title, question or answer.

PS I realize remove and purge can be combined into a single line. I also realize apt-get is inferior to a solo apt in many respects.

PPS Adobe also gets credit for .PDF files although on Linux platform many free alternatives exist.

PPPS I notice there are other boxes not checked off on the screenshot above and if this answer can be improved by explaining them don't hesitate to comment. I am dpkg challenged as recent down votes have proved.